Four years ago today, the first Women’s Marches sprang up around the globe. An estimated 100,000 people assembled for the event in San Francisco alone — an impressive figure, especially when you consider that Oakland had already had 100,000 Women’s Marchers earlier in the day, San Jose weighed in with 25,000, and some smaller towns like Walnut Creek hosted their own events as well.

In San Francisco, the official Women’s March events didn’t start until 3:00 p.m. Pacific Time, when a spirited rally kicked off at Civic Center Plaza in front of City Hall. Gray clouds gathered above as activists and celebrities spoke to the crowd, and Joan Baez led everyone in a chorus of “We Shall Overcome.”

Everywhere you looked, “pussy hats” could be seen, mostly in pink. Many were hand-knit or sewn with the cat-like ears, while others were simply stocking caps modified with rubber bands or string to create the effect.

Each hat was a visual reminder — and protest — of the crude term Donald Trump used to describe women’s genitalia (and how he thought it should be treated) in a recording that surfaced during the 2016 election.

The first rain drops fell as the rally concluded, and the lights of San Francisco City Hall flashed on in a warm pink glow in honor of the event.

The sea of protest signs transformed into a sea of umbrellas. And soon the crowd began to flow from Civic Center Plaza toward Market Street, and on toward the Ferry Building.

Women’s Marches would take place again in each of the three years to follow during Trump’s presidency. Each year saw a different theme and emphasis. Click here to see more photos from the 2017 San Francisco Women’s March. (Digital downloads and prints are available.)

You can also view photos from each of the following San Francisco Women’s Marches and other major SF protests during the Trump administration see my photo archives. 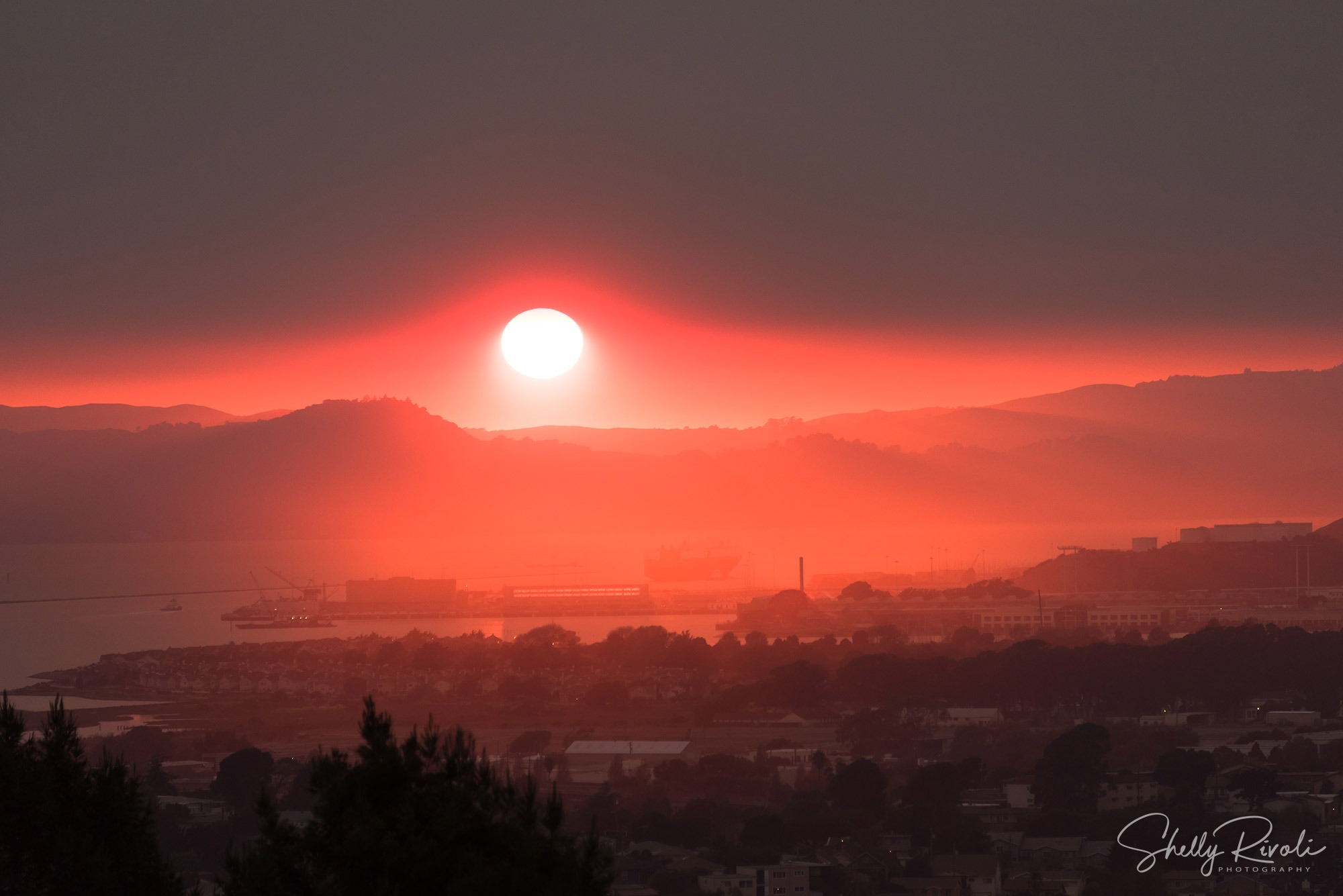